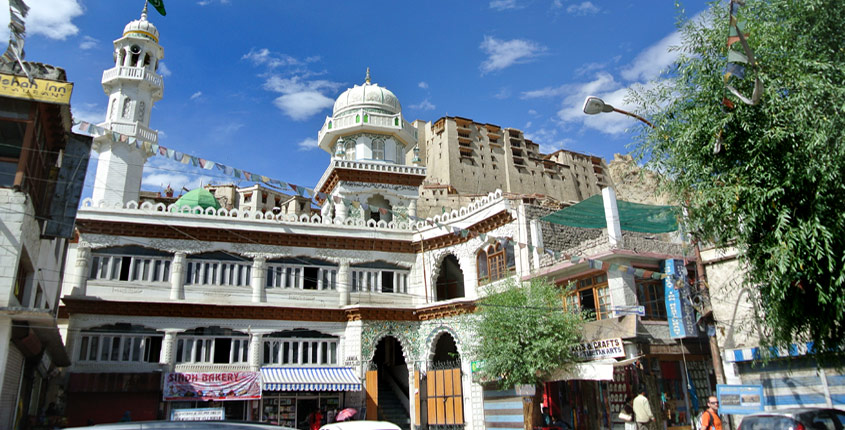 Located in the heart of Leh town is the Jama Masjid, which is one of the major historical mosques in Ladakh. This mosque is considered to be the biggest mosques in the Ladkah region and consists of a memorial which is known as Shahi Hamdan. This memorial is made in dedication to Mir Syed Ali Hamdani,  a Muslim Sufi Saint. It was built in 1666-67 A.D. as a result of an agreement between Aurangzeb, the Mughal Emperor and the then ruler of Ladakh, Deldan Namgyal. Since the time of its construction, the mosque has been  dismantled and re-constructed using new techniques.