Set amidst the Himalayan and Karakoram mountains, Ladakh is inhabited by people of Indo-Aryan and Tibetan descent. The valley boasts of being rich in culture which is majorly influenced by Buddhism and Tibetan tradition. It is an ideal place for witnessing history with unique touches of the region itself different from other parts of the country. With Leh Ladakh cultural tour packages, you can explore how people of such a high altitude place preserve peace and harmony in the valley.

The friendly people of Ladakh have survived in this stark, high altitude environment by relying on their faith, their neighbors, and their highly adapted skills. They work hard while keeping their traditions intact to sustain themselves and bring prosperity. Many families and individuals offer accommodation as well as share their culture and lifestyle with tourists in Ladakh.

The region offers innumerable ancient monasteries, museums, palaces, festivals, lip-smacking cuisine, beautiful distinct clothes, language, and friendly locals to its tourists. We, at Leh Ladakh India, have excellently planned packages so that you can come across the best of the culture of the region.

The culture of Ladakh has been enriched by monasteries that organize several festivals showcasing the traditional values and artifacts of the people of the valley. Monasteries, gompas, museums, and palaces give you a chance to revisit the royal era and spirituality as well as the culture of the place. They boast of being home to Mandala (a symbolic representation of the Universe in Buddhism) and Thangka (Buddhist religious paintings). You can still see monks teaching their students about Buddhist ideals in the ancient Gompas.

There are endless possibilities for a great cultural tour in Ladakh. There are numerous centuries-old monasteries, palaces, and forts located in picturesque surroundings that allow you to learn about the history and culture of Ladakh. These scenic spots are easily accessible by vehicles; if not, then exciting trekking trails take you to those cultural hubs in Ladakh. Most of the monasteries in Ladakh are very well preserved and act today as centers of the Buddhist faith. Most of them have worked to preserve the artifacts related to Buddhism over the centuries.

Best ways to explore the culture in Ladakh

Visit Monasteries - You can join the Buddhist teachings, Learn Thangka painting, and attend festivals at famous monasteries in Ladakh. Visit places like Hemis, Thiksay, and Diskit monasteries where you can enjoy Ladakhi song and dance presentations by the Lamas. Also, explore the Buddhist artifacts, Thankas, and other Tibetan handicrafts at the monasteries.

Visit Palaces and Old forts - By visiting the forts and palaces in Leh Ladakh, you can learn about the history of the region and how the Tibetan culture has become a part of life here. Visit Royal Leh Palace designed in the style of Potala Palace in Tibet; Stok Palace, the previous summer palace of the royal family of Ladakh, and Tibetan village Alchi on the bank of the river Indus.

Opt for Homestays with local families - This is a wonderful way to learn the culture of Ladakh from its people. The friendly people of Ladakh offer their home to stay for the tourists that allow you to interact with the locals as a family and relish the Ladakhi cuisine.

Visit a nomad camp - For young travelers, camping in Ladakh is the best option for exploring the valley’s culture while staying in the lap of nature. Enjoy stargazing, sightseeing, campfire, etc. and learn amazing stories from the locals while relishing Ladakhi cuisine. Some of the popular camping sites in Ladakh are Pangong Tso, Tso Moriri, Thiksey Monastery, Nubra Valley, etc.

Attend Teachings by a Lama - The monks, who are trained at the monasteries from an early age, are a very important aspect of Ladakhi life. You can learn not only about Buddhism but also about the history of Ladakhi culture from them.

Why Book With Us 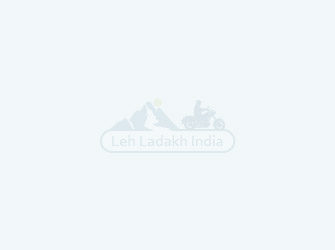 Ladakh Tour Packages From Your Destination

Looking for something that’s more than just a package?

Are you planning a trip to Ladakh? There are a lot of things that have to be kept in mind during the visit. Let us take up all the hassles from your shoulders so that all that’s left for you is ENJOYMENT and MEMORIES.

Make your own Package