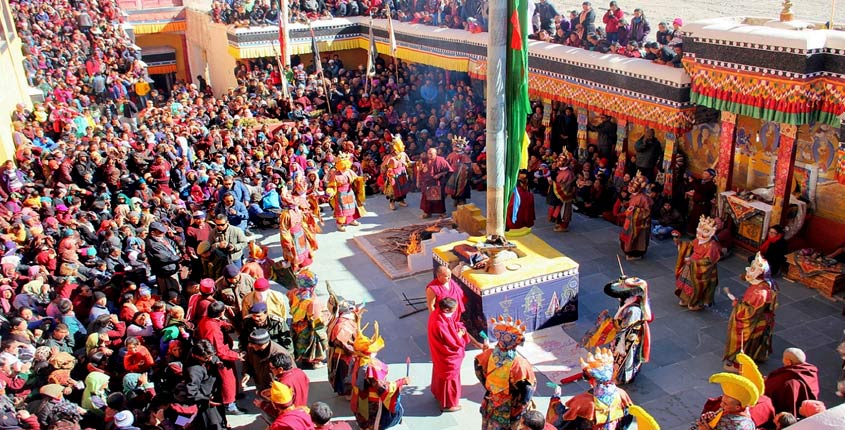 Ladakh's culture, economy and society has been shaped by many factors - the fact that Ladakh neighbors Tibet in the east, in the north by the Xiniang province of China, in the northwest by Pakistan, in the west by Kashmir and in the south by the Lahaul and Spiti valleys of Himachal Pradesh, also Central Asia further a field - how all these areas have influenced and shaped the culture and society that has developed in Ladakh over the years to the present day.

Along the long established trade routes through Tibet, Central Asia, Kashmir and the plains of northern India, came not only goods but also ideas. Despite its harsh terrain and remoteness from urban centres, Ladakh has long been a location where people, commerce and cultures intermingled and its art forms therefore reflect influences from many other places. Records and monographs left by European travelers - the first Europeans to reach Leh in 1631were the Portuguese priests Francisco de Azevedo and John de Oliveira. Then in 1820 the two Englishmen William Moorcroft and George Trebeck, who worked for the East India Company - they had come to Ladakh in the course of a journey to central Asia in search of horses for the East India Co - were kept in Leh for two years waiting for permission to go to Yarkand, and which was eventually denied them. It was during this two-year wait that they observed and wrote about life in Ladakh, trade, clothes, religion, etc.