Ladakh Travel Guide : Places to Visit and Things to Do 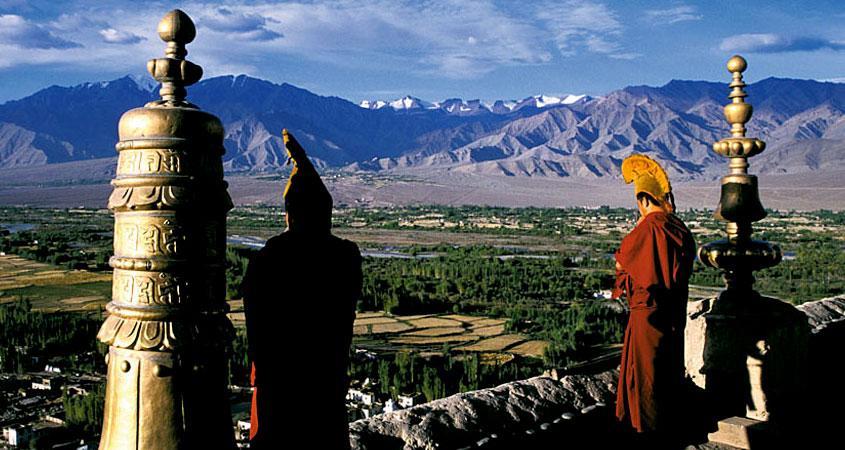 The barren beauty of Ladakh in India with snow-capped peaks and the clean azure sky has continued to attract the intrepid travelers. The scenic destination has maintained to cast its spell since the region was opened to tourists in the 1970s. Since then, Ladakh has become a favorite haunt for trekking and mountaineering enthusiasts. The rugged terrain and the majestic mountains around, make an exotic cocktail for an adventure lover. But before you decide to fly away to the land of Buddhist monasteries and brave people, here's everything that you need to know. It is imperative to understand that you need at least a week to acclimatize and enjoy your tour to Ladakh. Here's a complete guide about Ladakh in India which covers all the relevant information in a detailed manner.

Things to do in Ladakh 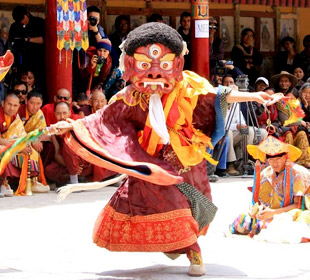 This is perhaps what keeps going an ordinary Ladakhi in most inhospitable conditions. At a place where the mercury plummets below zero degrees Celsius in winters and the rainfall during the year is as scant as 50 mm, one needs to be little more than fit to lead a healthy life. Buddhism is the way of life in Ladakh, though there are people of other faiths in Ladakh who live in harmony with each other. 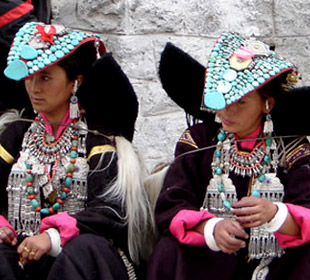 Simplicity is the way of life in Ladakh, as the modernity has not touched the town as it has happened in other cities and towns of India. Cut-off from rest of the world, Ladakh is barren yet beautiful. Ladakh comes alive during the fairs and festivals as one can see Ladakhi people in their traditional dress. Ladakhis are the brave people who are industrious and cheerful. Perak, the headgear worn by traditional Ladakhi women is the striking feature of womenfolk of Ladakh. This is a common sight during the festivals. The other feature that is noticeable is the precious stones that adorn a woman's neck in Ladakh. Monasteries in Ladakh either belong to Mahayana or Hinayana sect of Buddhism. Hemis Monastery is one of the largest and most popular monasteries in Ladakh Travel. The monastery is quiet popular among tourists and most travelers visit the monastery during Ladakh Travel. The Hemis is center of action during the annual Hemis festival that takes place in June-July. The festival is held to commemorate the birth anniversary of Guru Padmasambhava. This is the best time to see the cultural side of Ladakh. During the festival, locals from remote corners of Ladakh converge on the Hemis monastery. 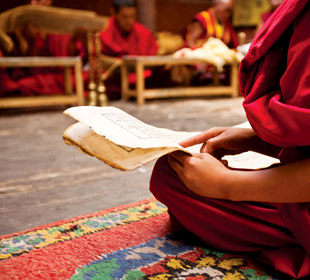 Ladakhis follow a patriarchal society where the elder son inherits all the property. He is the one who shoulders the responsibility of the family. But when it comes to younger son or sons, the Ladakhi society permits him to become a lama if he wants. He can also remain in the family. Lamas are devoted to God and remain detach from world affairs. There are about 500 Lamas in Ladakh. Even Hemis Monastery can accommodate up to 150 Lamas. Buddhism is the dominant religion in Ladakh and one can find its stamp all over in Ladakh. Be it monasteries, music or simple of way of life, Buddhism is essence of Ladakh. One can find 'tangkhas', masks, musical instruments and precious items in the Gompas in Ladakh. A huge painting of the Buddha inside the Hemis Monastery is the biggest draw. Thiksey and Shey monasteries are the classic architectural wonder in the region. No matter which part of Ladakh you travel, the smiling Buddha and His followers greet you in smile. 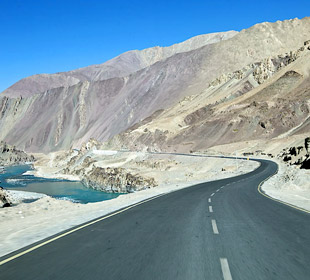 Leh is the nearest airport, which is connected to Delhi, Chandigarh and Srinagar. The nearest railway station to Ladakh is Jammu. From Jammu you can head to Srinagar by road and then to Ladakh, which is some 434 kilometers away. It is about a two-day journey from Srinagar with a night halt at Kargil. On the road from Srinagar to Leh you will cross the high Zoji La Pass, and travel past Mulbek where there is a giant image of the Maitreya Buddha. The Namika La and Fotu La Passes and the Spituk Gompa are scenic attractions on the road from Srinagar to Leh. You can also approach Leh Ladakh from Manali. On the road from Manali you will cross the Rohtang Pass and the Baralacha La Pass. Stop overnight at Sarchu Serai and on the next day travel through Tanglang La and Lachulung La passes to Upshi and onward to Leh. Along the way you will see many ancient monasteries and Buddhist structures.

Want Something Different? Make your own Package

»
Plan Your Trip!
Plan your perfect holiday to the wonderland of India with our travel experts.
Help Me Plan My Trip