Ladakh Tourism: How to Plan your Leh Ladakh Trip 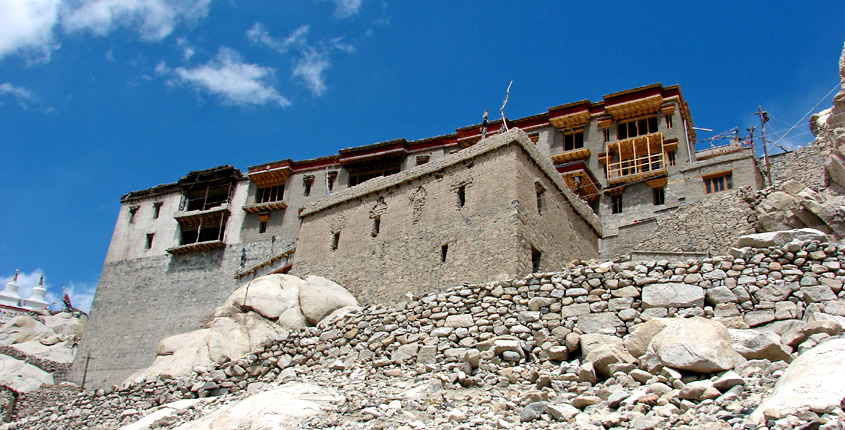 Perched on a hillock, the Shey Monastery is reckoned as one of the popular monasteries in Leh Ladakh. Also known as Shey Palace or Shey Gompa, the monastery is famous for housing a 3-storeyed huge copper with gilded gold idol of seated Shakyamuni Buddha. The statue is counted as the second largest idol in Ladakh.

Shey Gompa enjoys a perfect geographical location and offers breathtaking views of the nearby surroundings of Matho, Thiksey, Stok, Stakna and Leh as well. Almost in its ruins now, the palace is also home to several butter-lit lamps with an eternal flame which burns continuously for the entire year. They are replaced annually to continue the flame without any hindrance. This is done in order to signify the purity and divinity of the sanctum sanctorum. 4-km of trekking, makes the way to this must-visit destination an intriguing one. Special permit is required to visit the Shey Monastery as only one Lama dwells here and the inner shrine remains closed usually.

Shey Monastery dates back to the year 1655. The palace was built by Deldan Nangyal, the king of Ladakh in memory of his late father Singay Namgyal. The gompa served as a summer retreat to the kings of Ladakh.

Two major festivals are celebrated every year at the Shey Monastery.

Shey Loo Doo– Celebrated on the 26th and 27th day of the first month of the Tibetan calendar, Shey Loo Doo marks the beginning of the sowing season. Special rituals and many other religious rites are performed by the lamas during the two days festival. The center of attraction is an oracle reader who visits on a horse back to conduct three days prayers. Thereafter, he goes into trance.

Shey Rupla – Harvesting season is marked by the Shey Rupla festival. Two men in tiger costumes perform the Rupla Dance. First fruits of the corn are offered by the farmers at the gompa. Women without children usually visit the gompa during this festival to seek the blessings of Buddha and have one.

Weather remains pleasant between the months of July and September. Thus, this is the best time to visit Shey Monastery.

Price
on Request
Explore
View All Packages
Plan Your Trip!
Plan your perfect holiday to the wonderland of India with our travel experts.
Help Me Plan My Trip